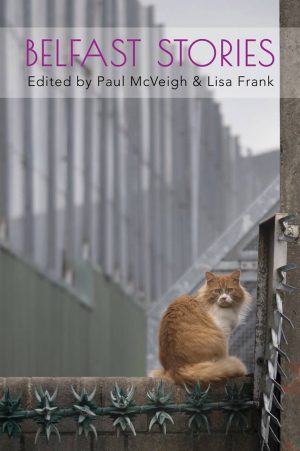 Join Doire Press for the launch of Belfast Stories, a collection of short fiction set throughout the neighbourhoods of the city, written by both established and emerging writers who live in or have a strong connection to Belfast. Edited by Paul McVeigh and Lisa Frank.

The anthology also features photos and background information on each neighbourhood, as well as local listings and a map displaying where each of the stories takes place.

The preface and photos are by Malachi O’Doherty.

This launch event will include readings by some of the writers featured in the anthology, including Jan Carson, Bernie McGill, Dawn Watson and Shannon Yee, among others, and will be launched by Damian Smyth.

@adreamingskin: It's back! Over 140 #Poetry Competitions, #Submissions & Opportunities, open or with deadlines in March 2021. Best of luck and please share! #amwriting https://t.co/apqPlsB4i3
h J R
@berniemcgill

@WomenAloudNI: Good luck to @fionamkorourke who's hosting the first #IWDWANI21 event in 45 minutes, a workshop on lighting your inner creativity. Looking forward to it. #IWD2021
h J R
@berniemcgill