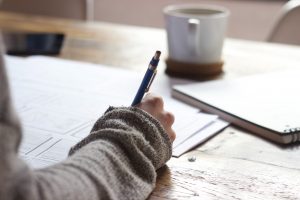 Harness the power of your imagination and creative writing skills and join Bernie McGill for a 2-hour writing workshop as part of FLive Festival at the Ardhowen Theatre Studio, Enniskillen. This will be a practical workshop on the everyday craft of writing with the aim of sparking ideas for new work. Prompts and exercises will be used. Bernie McGill is the author of two novels: The Watch House (nominated for the Ireland European Union Prize for Literature in 2019) and The Butterfly Cabinet (named by Downton Abbey creator Julian Fellowes as his novel of the year in 2012). Her first collection of stories, Sleepwalkers, was shortlisted for the prestigious Edge Hill Prize in 2014. Her new short story collection, This Train is For*, was published in June 2022 by No Alibis Press. Bernie was Writing Fellow with the Royal Literary Fund (RLF) at Queen’s University, Belfast from 2018 to 2020. She is an Associate Fellow of the RLF and works as a Lector (for Reading Round at Coleraine Library) and Writing Facilitator for the organisation, and is a Writing Mentor with the Irish Writers’ Centre. She lives with her family in Portstewart. Book online for the Creative Writing Workshop on the FLive Festival website. *Bernie will be…

FLive Book Club with Bernie McGill and This Train is For at Ardhowen Theatre, Enniskillen

Whether you are an avid reader and in a book club, or have no time to read and are simply looking for inspiration then come and join us for the FLive Book Club at the Ardhowen Theatre Studio, Enniskillen. To take part read Bernie McGill’s newly published collection of stories, This Train is For (released by No Alibis Press on 1st June 2022), within your book club or individually, then buy a ticket for the FLive Book Club and come and chat with Bernie*. Book online for FLive Book Club on the FLive Festival website. *Bernie will facilitate a Creative Writing Workshop at the Ardhowen Theatre Studio from 10 am - 12 noon on Saturday 8th October. Full details and booking on the FLive Festival website.   Praise for This Train is For: ‘This Train is For portrays the complexities of the heart with sensitivity and acute psychological insight. Rendered in the most perfect prose, Bernie McGill presents lives in physical and emotional transit, uncertain of the journey’s destination, understanding that sometimes the most important moments in our lives involve travelling not forward, but to moments we thought we had left long behind.’ David Park ‘Bernie McGill is one of the most… 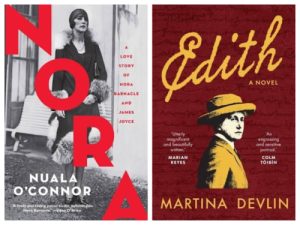 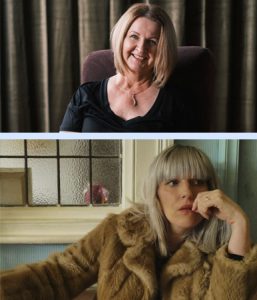 Renowned international literary critic John Self will host a panel with authors Bernie McGill and Wendy Erskine to discuss their recent short story collections This Train Is For and Dance Move, and the importance of the short story genre. Bernie McGill is the author of two novels, The Watch House, (2017, Tinder Press), nominated for the Ireland/European Prize for Literature, and The Butterfly Cabinet, (2011, Headline Review), and one previous short story collection Sleepwalkers, (2013, Whittrick Press), shortlisted for the Edge Hill Short Story Prize. Her short fiction has been nominated for numerous awards and in 2008 she won the Zoetrope: All-Story Short Fiction Award in the USA. Her work has been anthologised in award-winning collections including The Long Gaze Back, The Glass Shore, Her Other Language, The Danger & the Glory, Belfast Stories, and Female Lines. She has been the recipient of numerous Arts Council of Northern Ireland Awards, and is a former Writing Fellow with the Royal Literary Fund at the Seamus Heaney Centre, Queen’s University, Belfast. She now works as a Lector and Associate Fellow for the Royal Literary Fund, and offers One-to-one mentoring via the Irish Writers’ Centre. This Train is For was published by No Alibis Press in June 2022. Wendy…