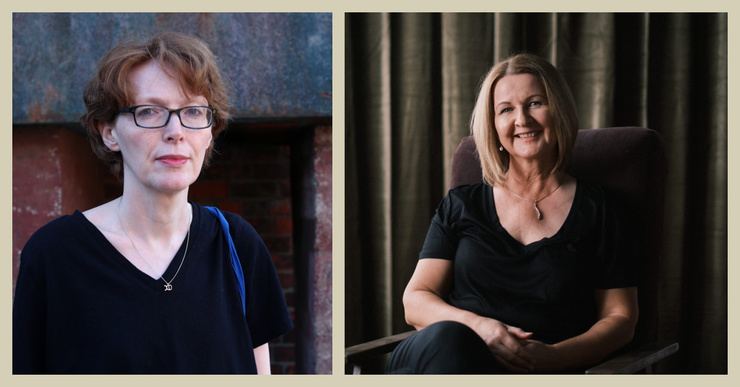 In Conversation with Emma Warnock

Seamus Heaney HomePlace is delighted to welcome two of Northern Ireland’s finest writers in a celebration of the short story. Both Bernie McGill and Rosemary Jenkinson have released short story collections this year and have had their work anthologised in many collections.

Bernie McGill is the author of two novels: The Watch House (nominated for the Ireland European Union Prize for Literature in 2019) and The Butterfly Cabinet (named by Downton Abbey creator Julian Fellowes as his novel of the year in 2012). Her first collection of short stories, Sleepwalkers, was shortlisted for the prestigious Edge Hill Prize in 2014. Her short fiction has appeared in anthologies The Black Dreams, Her Other Language, Belfast Stories, The Long Gaze Back, The Glass Shore and Female Lines. Her new short story collection, This Train is For, will be published in June 2022 by No Alibis Press.

Rosemary Jenkinson is an award-winning playwright and short story writer. Her plays include The Bonefire, which won the Stewart Parker BBC Radio Award, Here Comes the Night and Lives in Translation and she was the 2017 Artist-in-Residence at the Lyric Theatre in Belfast. Rosemary’s short story collections include Contemporary Problems Nos. 53 & 54, Aphrodite’s Kiss and Catholic Boy which was shortlisted for the EU Prize for Literature. Her latest collection, Marching Season, was praised by The Irish Times for ‘an elegant wit, terrific characterisation and an absolute sense of her own particular Belfast’.

Join Bernie and Rosemary in conversation with Emma Warnock from No Alibis Press in what promises to be a fascinating afternoon of readings and discussion.