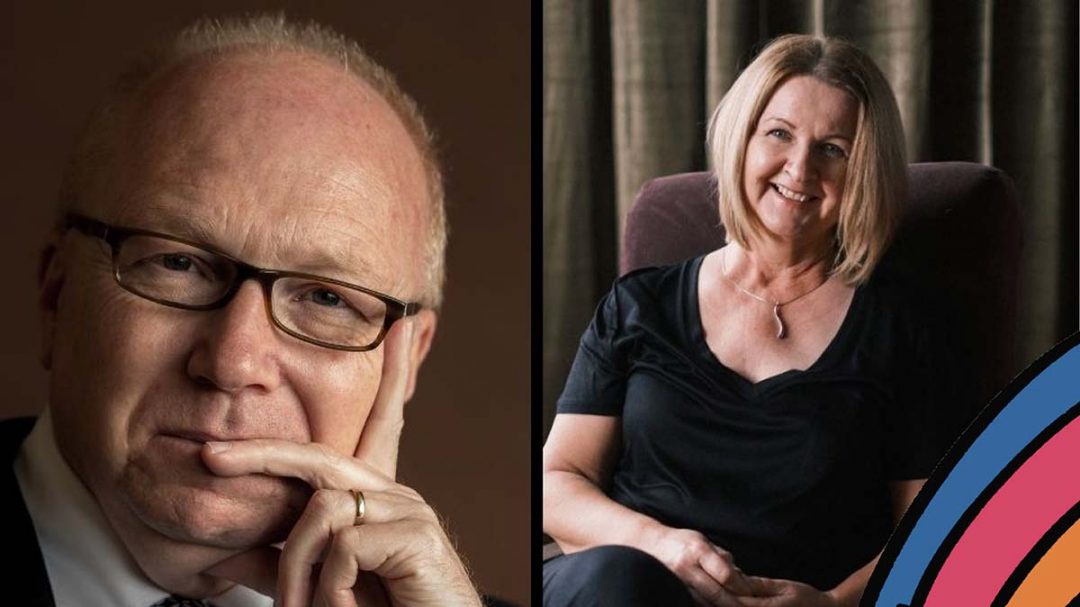 Join two of Northern Ireland’s most acclaimed writers at this year’s Belfast Book Festival as they discuss their latest releases for Novel Journeys Book Club.

Bernie McGill’s This Train Is For is a collection of short stories; some unpublished, some stories previously published within award winning anthologies.

David Park’s Spies in Canaan is a bold and unsettling parable about guilt, atonement and redemption.

Novel Journeys Book Club is a partnership between the Belfast Book Festival, Translink and independent bookstore, No Alibis, to champion the benefits of reading and to stay connected with their passengers and the wider public. Every month, Translink announces a new title via social media to help passengers switch off, unwind and support their mental wellbeing.

Bernie McGill was born in Northern Ireland. She has written plays, a collection of short stories entitled Sleepwalkers and two novels, The Butterfly Cabinet and The Watch House, which was shortlisted for the Irish/European Union Prize for Literature in 2019. Her short fiction has been shortlisted for numerous awards and is anthologised in The Black Dreams, The Cormorant, Her Other Voices, Belfast Stories, Reading the Future, Female Lines, The Glass Shore and The Long Gaze Back. In 2008 she won the Zoetrope: All-Story Short Fiction Award in the US. She is a recipient of a number of Arts Council of Northern Ireland Awards. She works as a professional mentor with the Irish Writers’ Centre and as a Writer in Schools with Poetry Ireland. She is a former Writing Fellow at the Seamus Heaney Centre at Queen’s University, Belfast.

David Park has written nine novels and two collections of short stories. His novel Travelling in a Strange Land won the Kerry Group Irish Novel of the Year. His other books include The Light of Amsterdam, which was shortlisted for the 2014 International IMPAC Prize and The Poets’ Wives, which was selected as Belfast’s Choice for One City One Book 2014. He has won the Authors’ Club First Novel Award, the Bass Ireland Arts Award for Literature, the Ewart-Biggs Memorial Prize and the American Ireland Fund Literary Award. He has received a Major Individual Artist Award from the Arts Council of Northern Ireland and has been shortlisted for the Irish Novel of the Year Award four times. He lives in County Down, Northern Ireland.

Emma Warnock is the Commissioning Editor at No Alibis Press, an independent publisher of fiction based in Belfast. She studied literature at Queen’s University, Belfast and has a PhD in contemporary fiction.

*Please note that this year the Book Festival is operating a ‘pay what you want’ policy on all events. £7 is the guide ticket price.