This very special evening of words and music features three artists of exceptional talent presenting poetry, songs and story on the theme of small town living. This will be an intimate and memorable performance not to be missed.

Joshua Burnside was born in Ireland, but cites the music of Colombia, Eastern Europe and North America as the greatest influences on his unique sound. Deftly blending folk textures and melodies with elements of electronica, he has made it difficult for pundits to put him in a box.

Bernie McGill’s novel, The Watch House, was published in 2017 by Tinder Press. She is also the author of Sleepwalkers, a collection of stories short-listed in 2014 for the Edge Hill Short Story Prize, and The Butterfly Cabinet. Her work has been placed in the Seán Ó Faoláin, the Bridport, and the Michael McLaverty Short Story Prizes and she won the Zoetrope:All-Story Award in 2008.

Damian Smyth’s five collections are Downpatrick Races (2000), The Down Recorder(2004), Lamentations (2010), Market Street (2010) and Mesopotamia (2014). English Street is due later this year. He is Head of Literature & Drama at the Arts Council of Northern Ireland.

This event is part of the first ever Hillsborough Festival of Literature & Ideas, a springtime festival with more than 30 events taking place throughout the village including poetry, prose, music, film and talks plus events for families and young people.

@KerriannWrites I’m finding it hard to express how much I love this! ❤️
h J R
@berniemcgill 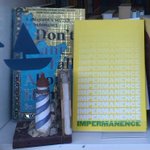 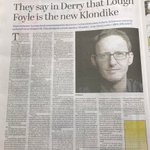