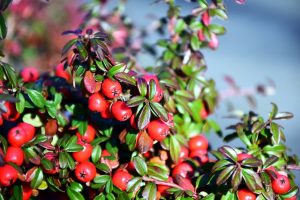 What is it about the autumn? There’s that ‘back to school’ feel in the air when everyone settles down after the summer and starts to look at schedules and suddenly it all takes off, nothing mellow about it. It’s going to be a busy time. Here are some upcoming events.

On Monday 3rd October 2016, The Glass Shore will be launched in the Ulster Museum in Belfast at 7pm, introduced by critic and author Patricia Craig and by contributor Lucy Caldwell, with readings by featured authors. The Glass Shore is a new anthology of short stories by women writers from the North of Ireland, edited by writer and broadcaster Sinead Gleeson and published by New Island Books and follows on the heels of the award-winning The Long Gaze Back published in 2015. I’m delighted to have stories included in both. The Dublin launch of The Glass Shore is on 5th October at Hodges Figgis at 6pm with Irish Fiction Laureate Anne Enright and writer and journalist Martina Devlin. Everyone welcome in Belfast or Dublin (or, indeed, both, if you’re the crazy wine-swilling, nut-nibbling, launch-going type).

Wednesday 5th October is the official publication date for the new edition (with a swanky new cover) of The Butterfly Cabinet by Tinder Press. Look out for it in the bookshops. The ‘new’ new book (which seems to be called The Watch House – more of that anon) will be published in the autumn of 2017.

On Monday 10th and Monday 17th October (7-9pm both evenings) I’ll be facilitating a writing class at the Roe Valley Arts & Cultural Centre, Limavady,  as part of the town’s annual Steinbeck Celebrations. The theme this year is ‘The Human Heart and the Land’, a quote from environmentalist and writer Barry Lopez who cites Steinbeck as one of his greatest influences. This two-part workshop will use Steinbeck’s writing and his links with the Causeway Coast & Glens area as inspiration for new creative work. Open to all from experienced writers to first-timers. Bring writing materials. Maximum no. 12. Cost for the two workshops is £20. To book tel. 028 7776 0650.

Tuesday 11th October is the next reading of the Causeway Writers’ Groups, this time at Roe Valley Arts & Cultural Centre, Limavady at 7pm. This is a six-monthly coming together of all the Writers’ Groups in the Causeway Coast & Glens area, namely Limavady Writers, Ballycastle Writers, Ballymoney Writers, Portrush Writers and Flowerfield Writers from Portstewart to share each other’s work. Everyone welcome. Refreshments provided. Admission free.

On Thursday 3rd November at 7.30pm I’ll be at Thyme & Co. Café, Quay Road in Ballycastle, reading with author and journalist Martina Devlin. We’ll both be reading new stories from The Glass Shore as well as other work. Admission is free. Come along and say hello. (I’ve been there before – there will be cake.)

Hotfoot from Ballycastle, from Friday 4th – Sunday 6th November, I’ll be at the John O’Connor Writing School and Literary Arts Festival in Armagh. This is a brand new festival to celebrate the writing of Armagh man John O’Connor whose novel Come Day – Go Day is due to be republished and launched during the festival by Liberties Press. I’ll be facilitating the Fiction writing workshops but if that’s not your thing, there are classes in writing Poetry and Memoir as well as Songwriting, Travel writing, Food writing, Blogging, writing for Screen, Stage, Travel, Journalism and Commercial writing. Full programme including exhibitions, talks, masterclasses, storytelling and performances here, not forgetting Muldoon’s Picnic at the Charlemont Arms Hotel on Friday 4th November at 8.30pm with (among others) Anne Enright, Stuart Neville and poet Michael Longley.

There’s more to come later in the Autumn, but that’s enough to be getting on with for now. Happy berrypicking. Try and stay mellow, if not fruitful.